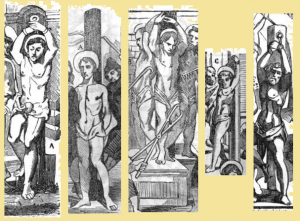 This article will be of particular interest to Jehovah’s Witnesses, as Christians are known as today. It is widely known that we do not believe that Jesus died on a cross, because the exact wording of the Holy Bible gives strong indication that he did not. Whether he did or did not is a moot point, and a blog entry for another day. And while we certainly do not need secular support for anything we know to be true based on the scriptures, the article below based on the recent comments of one scholar is very interesting indeed.

The bold text for emphasis has been added by me.

Jesus Christ May Not Have Died on Cross (ABC News Article)

No Evidence in Ancient Sources Backs Up Defining Symbol of Christianity, Scholar Says 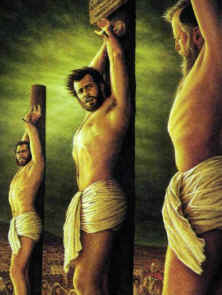 July 2, 2010
For 2,000 years the crucifix has been a potent symbol of both Jesus Christ’s death and Christianity. Now one Swedish theologian says that despite the crucifix’s proliferation in art and literature, there is scant evidence in the Bible or other ancient sources to indicate that Christ was killed on a cross.

What he discovered, he said, “came as a shock.” While there were numerous references to “suspension devices” used for executions at the time of Christ’s death, he could find no explicit references to the classic T-shaped cross.

Samuelsson devoutly believes the story of Jesus’ death and resurrection, but says for generations people have misinterpreted and mistranslated the Greek word “stauros” to mean crucifix, when really the term just means a suspension device, which might have been anything such as a “pole or a tree trunk.” The earliest versions of the New Testament were written in Greek.

“If you chose to just read the text and ignore the art and theology, there is quite a small amount of information about the crucifixion. Jesus, the Bible says, carried something called a stauros out to Calvary. Everyone thought it meant cross, but it does not only mean cross. We cannot say every instance of this noun, stauros refers to a cross,” Samuelsson said.

Suspension devices, basically tall polls or pikes, were routinely used in the ancient world, by the Romans and their contemporaries, both as execution devices and for displaying the bodies of executed criminals and enemies as a public warning.

Part of what tipped Samuelson off to the apparent mistranslation, were routine references to things like fruits and dead animals being “crucified” in ancient texts, when translating the word as “suspended” makes more sense.

For Samuelsson, a 44-year-old pastor who is completing his research at the University of Gothenburg, his faith leads him to believe in the tradition that Jesus was suspended on a cross.

However, he says, “We don’t know how those wicked people next to him on the right and on the left, were executed. Or what the devices looked like for people the day before or the day after.”

“I am not saying no ‘crucifixions’ took place I the ancient world. But we cannot find evidence of them in the ancient texts,” he added.

Given that the Romans were careful record keepers who wrote detailed and gruesome histories about their military conquests and lengthy legal treatises, it is strange that they would not have written plainly about their execution methods, he explained.

Samuelson says the idea of suspension devices would have been understood in the ancient world and by the contemporaries of Jesus.

“If you were walking around Galilee and heard Jesus say he will be suspended in days. People would have an understanding of the kind of torture involved.”

While the Gospels mention Jesus’ suspension, none specify a cross, according to Samuelson. Furthermore, the passion is described differently in different Gospels and has been depicted in various ways throughout history.

“In the movie the ‘Passion of Christ,’ Jesus carries the whole cross on his back. In some scholarly works, he just carries the cross beam. Nails are not mentioned before the passion and only mentioned in one book after he is executed,” he said.

Samuelson said he never expected the international reaction his thesis has already received. He originally printed just 200 copies that he thought would be read by family and friends. He said he hoped scholars would be intrigued by his work, but has been surprised by the worldwide attention.

“I’m just another boring pastor. I think Jesus is the son of God. I read the New Testament every day. I’m filled with the Holy Spirit. I keep telling people, this does not mean we have to tear down the crosses in all the churches.”