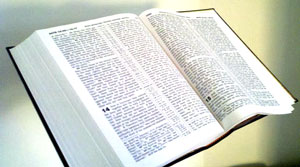 There are some who claim that the congregations throughout the known world in the first century were completely autonomous, to which such claims are made usually with the intent of justifying a personal dismissal of all denominations today, or negating the need to assemble for worship with others altogether. “I just wanna worship God in the way that I personally want to” they say, which for many is often a clever way of minimizing the worship of God as a whole in favor of self-indulgence. Though for others, it is because organized religion has proved to be disappointing to them, at least to the degree in which they have sincerely and with fairness investigated them. This can be understandable, as the majority of organized religions are disappointing! But what do the scriptures teach us about the organization of first century Christianity? Was the first century Christian congregation an organization, or not? END_OF_DOCUMENT_TOKEN_TO_BE_REPLACED